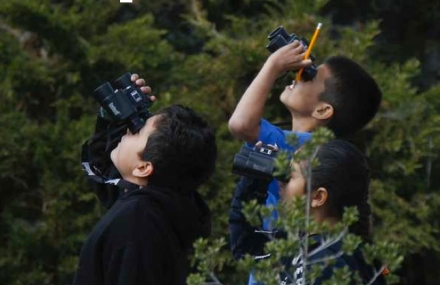 Things are looking up when stories like this make front page news.

Louis Sahagun’s inspiring “Column One” piece in today’s Los Angeles Times shows how changes in the outdoor environment of a local public school fired students’ interest in science — an outcome that’s no surprise to researchers and advocates who’ve long recognized a link between children’s physical activity outside the classroom and their readiness to learn, about which I have written for the Robert Wood Johnson Foundation.

A schoolyard habitat grant from the U.S. Fish and Wildlife Service helped make this project happen, and the impact has been dramatic.

At Leo Politi Elementary, workers ripped out concrete and planted native flora. The plants attracted insects, which attracted birds, which attracted students, who, fascinated by the nature unfolding before them, learned so much that their science test scores rose sixfold.

My favorite part is how precisely Sahagun captures one girl’s precocious command of flora-and-fauna vocabulary:

10-year-old Jacky Guevera fixed her eyes on an orb spider spinning a web near a pair of bushtits building a nest in the limbs of a crape myrtle tree.

“At our school, flycatchers drink the water in the vernal pool,” said Jacky, who dreams of becoming an ornithologist. “Scrub jays hang out in the oaks. The snapdragon’s red flowers attract Anna’s and Allen’s hummingbirds.”

“I can identify each of these birds when I see them,” she added confidently as she sketched images of the garden’s wildlife.

Amazing what can happen with a little un-paving of paradise. 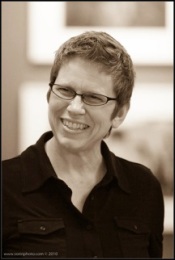